In 2018, Guatemala suffered the eruption of the Volcano de Fuego, classified as the largest disaster in Latin America according to the UNISDR, leaving 425 people dead and thousands displaced to the urban area of the city of Escuintla, about 60 kilometers from the country’s capital. Because of this disaster, CRS Guatemala had the unexpected opportunity to work to strengthen the capacity of Caritas Escuintla. The approach to this capacity strengthening was based on the Humanitarian Charter and the Sphere Project Manual, which provide a bridge between the theoretical and the practical, to ensure a strengthened partner with the capacity to respond to emergency events with strong foundations on what international standards require for the aid of people affected by disasters and other types of emergencies.

CRS has worked in partnership with Caritas Escuintla for many years, especially in response to small flood emergencies in the coastal areas of the country. However, the nature of this work changed on June 3, 2018. The partnership expanded due to the magnitude of the event beyond small donations managed by this Church partner to the direct involvement of CRS’ emergency team. 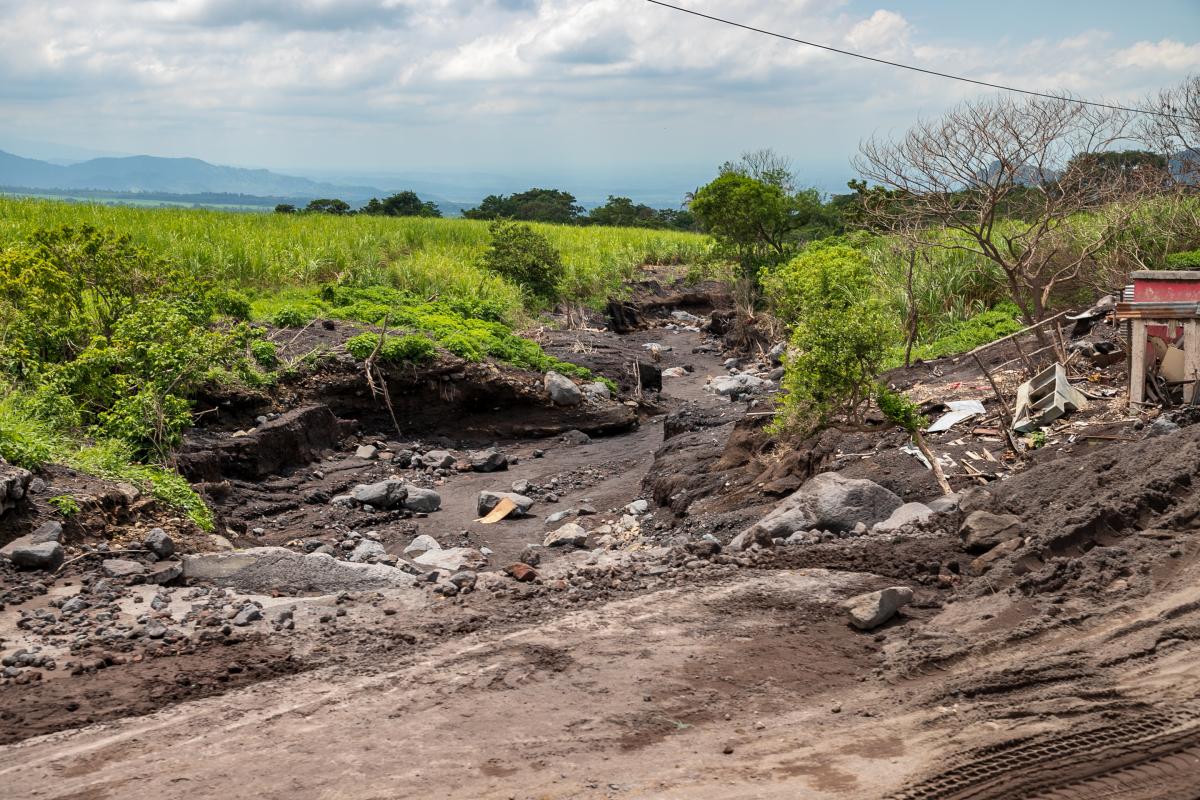 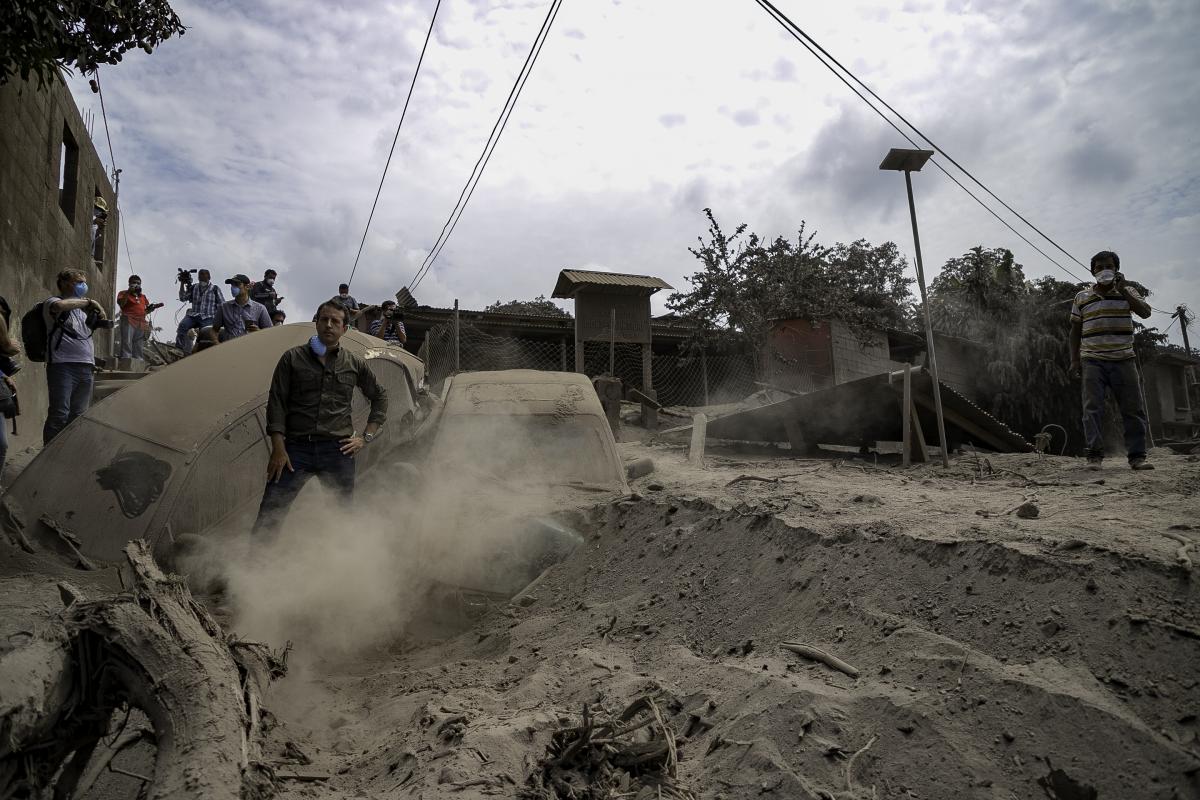 Caritas Escuintla was overwhelmed by the number of needs at the time of the eruption, from the opening of emergency shelters in one of the parishes of the diocese, to managing donations, as the shelters served as a collection hub where thousands of people were provided with donations in-kind, such as prepared food, purified water, clothes, shoes, medicines, basic grains, etc. over the course of several weeks. This first phase was a challenge for the small team responsible for coordination with dozens of organizations coming daily to help undertake emergency and short-term projects for the people affected, with those interested in donating, and in addition to managing political decisions with mayors and presidential delegates.

CRS Guatemala sent a mission to the field the day after the eruption to understand the general situation of the affected area, as well as to gather information on the emergency shelters that were opened by the Catholic Church. This information served to put CRS’ technical team, that specialized in several sectors, including emergency response, at the service of CRS’ partner, Caritas Escuintla. This accompaniment began during the first week as a mentoring relationship where specialists in emergency response and in sectors including health and protection issues, water sanitation and hygiene, nutrition, Sphere standards, inter-institutional coordination, transmitted and strengthened capacities to the different members of the local Caritas team. During the passing weeks and months, the Caritas team was empowered and applied what they learned to the subsequent phases of the emergency. 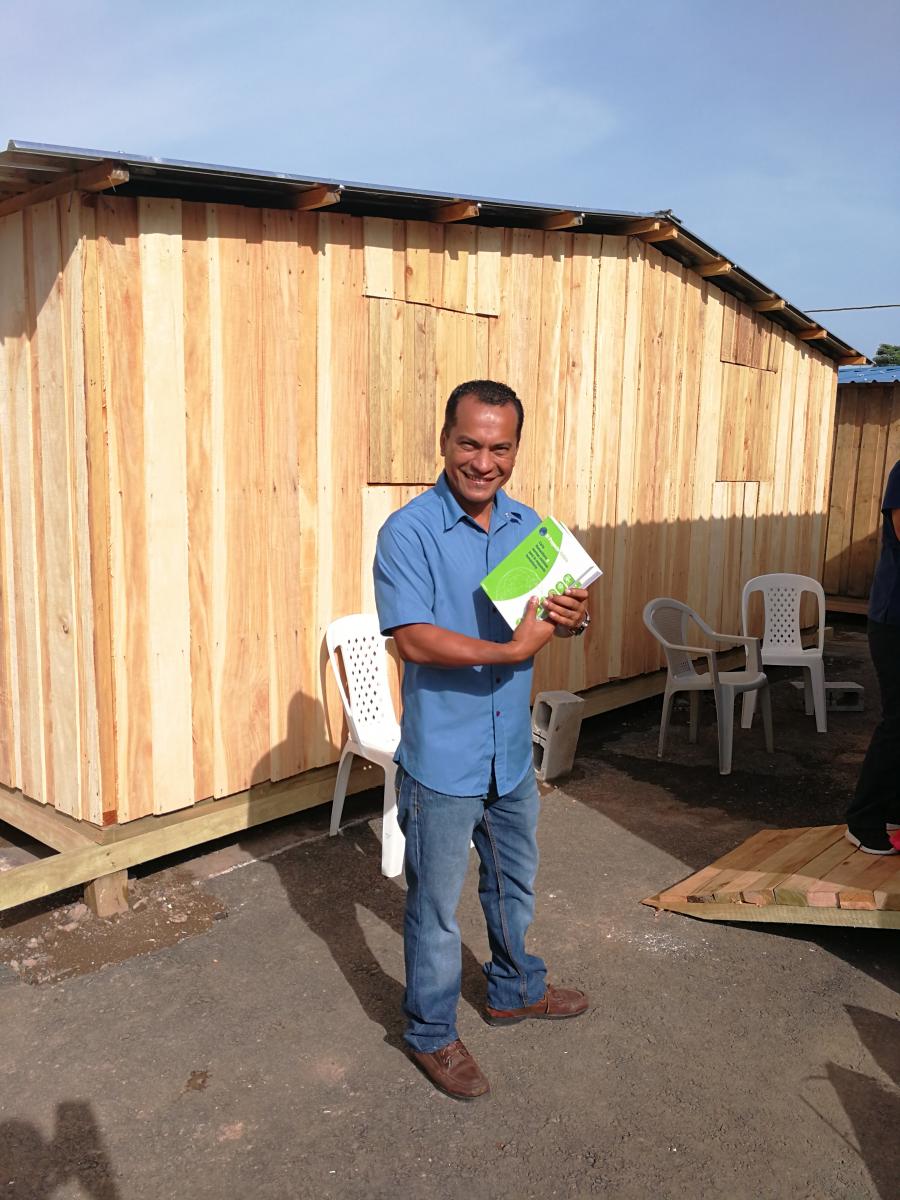 The main tool used by CRS Guatemala to mentor the partner was the Sphere Project Manual. It was used for the initial response, planning of the second phase, coordination of temporary shelters, support and care of the people during the crisis, the construction of the area where the shelters were located, assisting people for the several months of the emergency, as well as planning the exit strategy. This process culminated with a joint verification, made by Caritas and CRS using a compliance checklist guided by this project manual.

Caritas Escuintla showed significant progress in its knowledge about emergency response through its experience and discussions including input to decision making in collaboration with the mayors and the central Government of Guatemala. The response activities informed by the Sphere manual included: providing quality services to vulnerable and needy people in shelters; the distribution of donations, taking into account the premise of "do not harm", and the implementation of water sanitation and hygiene topics where portable toilets were accompanied by consistent cleaning. This strengthening of knowledge was also evidenced in the Bishop of the Diocese of Escuintla, who in his comments to the media and with other national and international authorities always included the response work was done based on international standards. 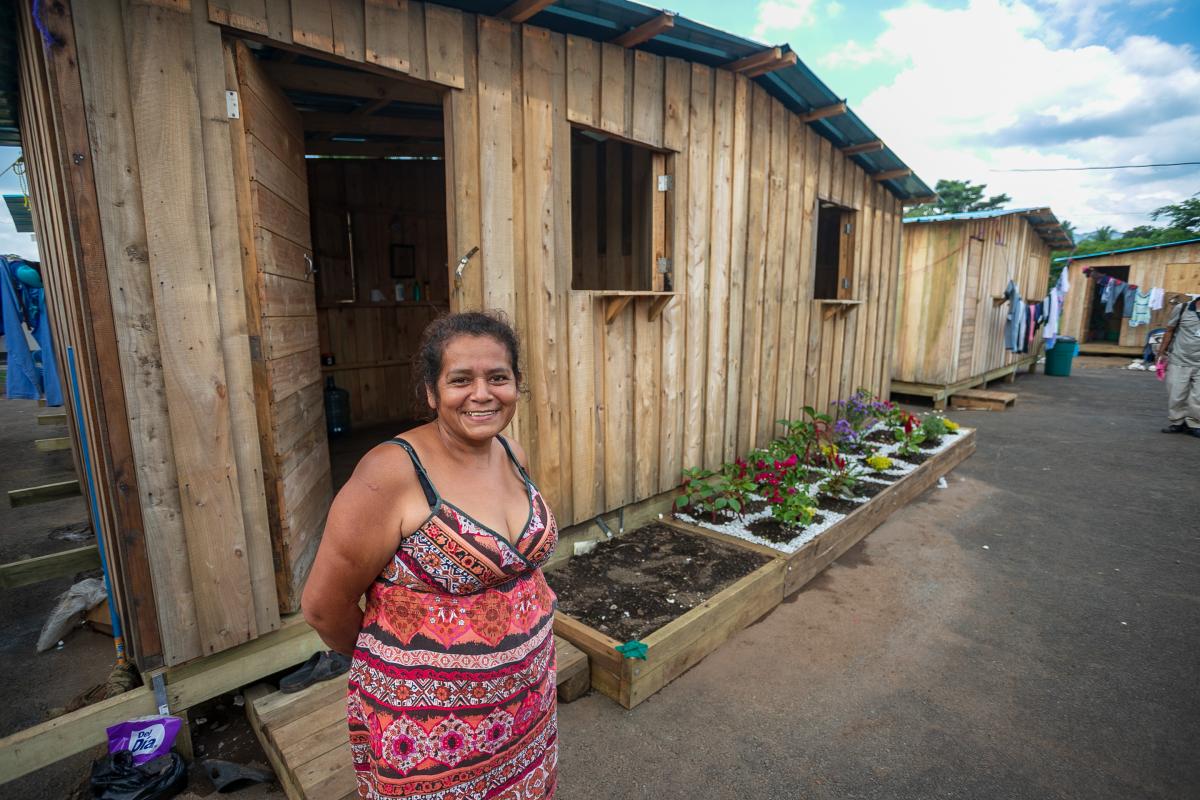 (Lilián Ordoñez stands outside her temporary shelter, where she and her husband planted some flowers; CRS photographer, Ivan Palma)

This capacity strengthening by CRS was reflected in the second phase of the response to the eruption with the implementation of a recovery project that followed the initial response, and where it became evident that emergency response is now an area in which Caritas Escuintla is strong. This process also served to strengthen other more developmental issues that promote human dignity and family life.

CRS Guatemala learned in its capacity strengthening intervention that joint work in specific actions such as emergency response can serve to strengthen the technical, financial and human capacities of partner organizations to be prepared for similar future responses. Use of guides or reference manuals, together with joint program implementation by CRS and its partners, offers the opportunity for accelerated capacity strengthening and improved service delivery.

Please let us know what you think of this item